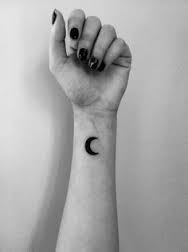 It’s starting to grind, the number of Muslims who think they’re God’s answer...well to everything…


Every Muslim nation thinks Islam emanated from its bosom, the Arabs by right of birth as they seemingly and sanctimoniously hold the ultimate right to Islam, in fact if you look close, they all bare the sign somewhere on their scalp or their nether regions; they are the chosen ones! The Asians and African and the rest of the Muslim nations don’t really count, I mean they can’t even speak the lingo!! Each nation practicing a different Islam to another and calling it the Prophet’s way, throwing in some backward customs, some charlatan hokey pokey nonsense and a bit of spice and call it Religion! Enough already!


I am sick of these pseudo-Muslims, who brandish their religion so proudly yet so wrongly it does nothing but push people away and alienate Muslims and non-Muslims alike.