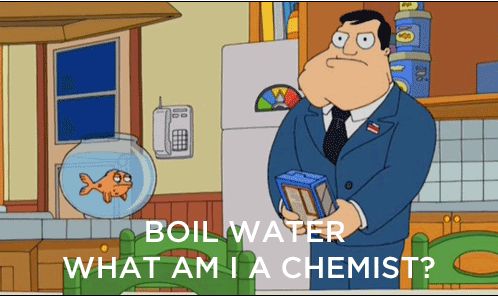 Sometimes when I am bored at work, I call home in Algeria to chit chat with the parents, for a recipe, a random question or for a laugh…

My dad is now retired, he never picks up the house phone, he wants to be called on his mobile to get some use out of it, he never picks that up either, he also never takes it out with him when he leaves the house. I had to explain to him that it was called a “mobile” for a reason but he ignored me. (Just now I called him to get more quotes out of him for this little post and nothing; nada)

When you do call him on his mobile, after he reaches up for it on top of the highest furniture in the room, he has to remove his glasses and squint to see who it is first, then by the 10th ring, he will dramatically struggle to slide it open, by then the phone call drops or the caller gives up.

My dad is a badass character, I heard from a reliable source that he has a foul mouth, though admittedly I never heard him say more than “saligou” in our presence, though everybody is missing a link according to him and we live in a mental country where the language spoken is screaming.

Since retirement, my dad got funnier, admittedly I find him funny because I live far from him, my sister finds him annoying at best of times, I guess there is nothing funny about living with your dad at the age of 30, it is neither easy nor ideal, perhaps it’s practical but let’s not encourage that.

Apparently the whole family including the neighbours and their dog is conspiring against him, they hide his hair brush (he HAS no hair), his glasses keep moving, he can never find them, he accuses mum of moving them on purpose and accusing him of suffering dementia. You can never laugh out loud at home, because the neighbours have nothing better to do than to listen to me laughing, he argued “but you laugh like a hyena”. Fair point.

When I visit, I am usually spared the wardrobe commentary, at least for the first few hours, then you can really tell he’s suffering and has to let it out,
“is this what they call la mode nowadays?”, “Those trousers do nothing for you ma fille”, “c’est pas tres elegant ma fille”, “you look like Gavroche”, once he referred to my Bermuda shorts as “kilouta”.
He doesn’t like my weird style, it’s not tidy or smart and he usually laughs in my face and this is me getting the guest treatment. Ahhhhh fond memories.

After about a couple of days, he forbids me from touching the crossword puzzles, because I can never finish them, apparently he only finds it adorable for the first couple of tries and I only prove him right, I am an apeutpriste, we are all Apeutpristes, the whole of Algeria is a nation of apeutpristes, including the people who make the Puzzles because he always finds “mistakes”! ya ya!

Everybody is out to get him and his money, the plumber doesn’t know what he’s doing, he’s a cowboy, “I will do it myself” so he does and makes a mess of it, latest damage; he put a hole in the brand new bath tub and taped it with duck tape and painted over it with white so my mum doesn’t see it. She did and called him an apeutpristes. Ah sweet justice, he didn’t eat her diner that night.

I know you’re starting to see the similarities…

But that’s just my dad; I always thought he was different from other perhaps more typical Algerian dads, but I am pretty sure he isn’t. When you think about it what makes the Typical Algerian dad?
Is it the gandoura he owns and only wears some Fridays not all, the fact he calls everyone a hypocrite particularity if they were bearded, or is it the fact he never cooked a meal in his life (Omelettes and BBQs don’t count), or maybe the respect he always manages to impose and the fact he can be uber annoying and his excuse will always be “because I am your father”.

I always find I have a different relationship when I am away from him to when I am under his roof; I have a fondness, love and respect for him that is unimaginable but it doesn’t make him mind his own business, be less annoying or less imposing, but he’ll always be loving, funny and my dad.

American dad: eat your heart out, Algerian dad remains my favourite character of all times, he gets my jokes and knows how to boil water.

Now; I am against (over) quoting other people unless it’s my dad or someone of great wisdom, but this is a quote I find to be very true:
“That is the thankless position of the father in the family-the provider for all, and the enemy of all. ~ J. August Strindberg

There is more to Safety in Numbers!

As a foreigner (God I hate this word) living in London or anywhere else, you find yourself part of a few social circles, the (back) home crowd, Algerian in my case and the other crowd, the one mixed with international friends including the host crowd i.e. the Brits, all your English friends who love you for your eccentricities, your funny accent and say things like “you’re so lucky you tan quick”.


The (back) home crowd is the one that after a while gives you social anxieties and feelings of forced competition, as though you have been thrown into a racing track you can’t climb out of, are forced to compete, you feel lost and confused but you have to run because everybody is and you know the right thing to do (if you’re bothered) is to beat them.


Feelings of resentment then start bubbling up to the surface, feelings of being forced to hang out with crowds where feelings of being constantly judged overwhelm you, judgement on what you wear, the way your hair curls, the University you attended and the degrees you have, then the job you hold followed by the salary you’re probably on as calculated through your CV, as viewed “secretly” on LinkedIn.


What university did I attend?


If I get to kick a man’s balls for every time I was asked this question. You will all be neutered (I am freakishly strong).


I was once travelling in Asia and I got into the subway, I took a seat on my train and was reading my book, when I raised my head to check where I got to, I found myself in the middle of a very distinct Non-Asian congregation, it looks like all the foreigners mainly European were drawn to the same train car, as if proximity to another stranger or foreigner of the same colour makes the culture shock less painful or brings home closer.


That got me thinking about Safety in Numbers, it is not about safety per-se as we were obviously very safe and our presence didn’t seem to phase the locals at all, quite the contrary I think the Chinese go out of their way to ignore you and pretend you’re not there, especially when you look lost or trying to get their attention, they then mutter something in Chinese, which I concluded was “stupid tourist”.


We are all attracted to our own; our identity is based on belonging to a family, to a tribe, to a group, a nation, a religion then to a social circle or an Ethnic minority as is the case of the Algerians in the UK or indeed the Europeans in China.

Which brings me to my next point, being abroad after a number of years does bring about nostalgic feelings and the need to belong, to join and to integrate the home (as opposed to host) community if there was one, listen to the same music, talk in the same language, tell old popular jokes, even certain words in your mother tongue become hilarious, because they become so distant and carry no sense that you can presently relate to, so you gather, laugh, say funny things like “3id Achajara” and “Abou Koulaita”, talk about old times or simply be in proximity of each other, brings a sense of community, of belonging and of safety that lessen the pangs of nostalgia and the coldness of the Ghorba*.


And this is how you develop the Algerian overdose syndrome (a special thought to a certain someone who probably invented this!).


If the community is small, you will probably suffer the same hangers-on and the regular social climbers , the unpopular and the followers who seem to be everywhere and all the time. You bump into them (I insist) everywhere, the unremarkable and the forgettable, you don’t seem to remember them or having seen them, only a feeling of annoyance lingers long after they’re gone, like the ever annoying desert fly that won’t go away, only when it does, you remember being annoyed but can never really put your finger on why (in the case of the fly, it is literally the case), this over-closeness and over-congregating habits can be suffocating and give you the feeling of claustrophobia.


So what to do when you overdose on the home crowd?


Pull away, get lost, hang out with your international circles, where you are just you, you don’t take yourself so seriously, you don't catch yourself posing (Yeah you know who you are) nobody calls you by your suffix (Arabs are massive fans of titles), nobody cares what you studied or where, you are just you and what you bring to the table isn’t determined by which University you attended but by your personality, your views and your sense of humour. Everything else is usually excess to requirement and they all know and accept you have just the right amount of weird.


In the end, communities are great, for public holidays and National celebrations, but once their presence is no longer serving its purpose, which we determined above if I must repeat myself, is reducing pangs of nostalgia and making the solo life in a foreign land more bearable AFTER a number of years or equally in times of crisis, if it no longer serves its purpose, then I ask you? What is the point.


At this point, I am hoping some of you agree with me, otherwise I should be asking myself another question: what am I still doing here?


Dz-chick…There is Safety in Numbers, perhaps, but I am an adventurous weirdo who likes odd numbers preferably fewer than 3…
------
Picture from: www.jedessine.com
*if you can translate it...go ahead
Posted by Dz-Chick at 17:37:00 27 comments: