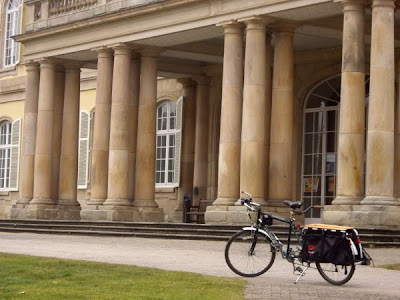 I have been inspired recently to write this after having met a couple of my friends, whom I had always known to be MAJOR social climbers aka KAZABEEN (1)
Not here to judge really but when this social behaviour is at my expense since I may be the subject of the social climb or considered a barrier that has to be used (to climb) or pushed aside then something has to be said.
We have all seen, lived or experienced this but the fact is we dont even pay it much attention because it is something we grew up with and has become a natural occurence like watching the duspin men collect the rubish you see it but you dont pay it a second thought or analyse it. Well this is about to change, I am hoping that once you have read this you will start making observations in your surrounding groups and acknowledge this social phenomenon.

We’re all subjected to different group’s dynamics or hierarchy in any society, town, city or village, there is always someone rich, someone average and someone poor.

Some groups have a “flat” hierarchy and people are treated as equals or at least chose to treat their peers equally, whereas a number of groups have a more perpendicular hierarchy, where you’ll find members of different social classes and of course always always the social climbers forever striving to attain a higher personal status or the illusion of higher social status by faking his way up the social ladder.

In Algeria social climbing is achieved through the same channels as anywhere else in the world, however being referred to as la ChiChi (2) aka posh or rich is a key. Let’s analyse this…

...How does social climbing work…

This is the step where the Social climber identifies his/her target based on certain criteria such as money, fame, high recognition and social prominence, business relations, family connections and anything that puts this target in the high social cast that allows access, knowledge and can be identified as someone who would benefit the social climber in any way.
In Algeria the criteria for being considered la Chichi is completely unrealistic, anybody who speaks French and doesn’t practice Islam (if you are a practicing Catholic you'd still be regarded as superior) could be considered la Chichi…harsh? Ok Let me start again…if your father is a government official (Minister, General, Colonel, director of some sort etc...) if you have money, land and reside in a villa, if you express yourself well and often in French instead of Arabic or Berber, if your mother is not illiterate (she drives a car or teaches...etc) and doesn’t wear the Hidjab, if you drink alcohol or aren’t adverse to it, travel domestically or internationally(my fingers will bleed should I choose to continue typing this list) then consider yourself CLIMBED.

Upon identifying the target, the social climber then proceeds to establishing contact which isn’t easy as the high social cast can be unapproachable. This is where the grooming comes in. By practicing the many rituals of grooming, compliments, gifts, favours (offered not requested) the peacock spreads his plumage as it were and lets you approach and admire.

Once the peacock opens up its tail, more attention and grooming is expected, the behaviour of the target changes from accepting attention to demanding it and shunning anyone who doesn’t offer it. Whereas perhaps this very same person was more humble and accepting of other people from lower social classes, they become more scrutinising and impenetrable; the grooming effort gets more intensive, subsequently when feeling rejected the protagonists feel pressure and proceed to over-grooming just to prove worthy, thus becoming  social climbers themselves.

Rubbing shoulders with the rich and famous, connected people, people with money, people in power, government officials and Industrialist, Business men, Highly educated people and of course name dropping and using the right lingo and generally using obsequious behaviour help establish the social climber as a connected person who is in the know and seen as one of the rich & famous.

This obsequious treatment extends to the offspring as well, sons & daughters of hotel tycoons or a government personality (president, minister…etc), TV stars and artists.

A lot of Algerians practice this by associating themselves with la “Jet-set”(3), so much energy is spent on looking the part, be seen with the right people, several methods are employed such as forming romantic relations or dating (dating up or marrying up), offering gifts, free dinners, singing praises and generally kissing ass, it could also be a work relation where the “social climber” renders services to the “rich & famous” or by working as an assistant or be their run around person, driver etc...

So proximity to the “rich & famous” opens opportunities for the social climber or gives them access to “Club des Pin” (4), to be seen with important people, make use of their all-access status, it could be to clubs or to discounts, making use of their holiday homes, yachts and simply popularity, enjoy being whisked away to exotic destination as their assistant etc, advantages can of course extend to the children, where pushy parents can practice social climbing to widen their children’s opportunities, get them into the right schools and exclusive sporting clubs.

Whilst aiming high and only looking up, the social climber will inevitably need leverage and that is sadly often other members of the social group that are less affluent or people he/she perceives as his peers. Rumour spreading, limelight hogging, lying, and sabotaging anyone perceived as a rival or competitor to the rich & famous’s affections.

This activity the social climber engages in can be done consciously or unconsciously, but its consequences are the same, pushing him/her up the social ladder, getting isolated from friends of equal social standing or even higher social standing but are not high enough for him/her to envy or desire so they end up being pushed aside, damage their reputation or relationships with the higher cast of the society.

In Algeria, the sabotaging is rife, the rumour spreading and gossip are a national sport and elbowing “competitors” is a just the way we walk, so social climbing in Algeria is a hobby, people are obsessed with this unattainable high social cast and envy is a terrible thing so if you can't beat them do like them, and so they do and believe they are like them…or at least pretend they are.