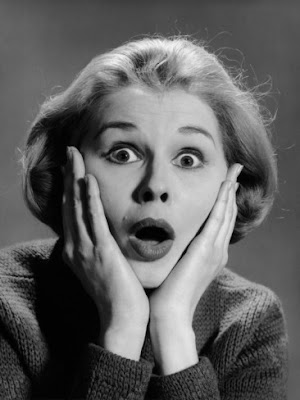 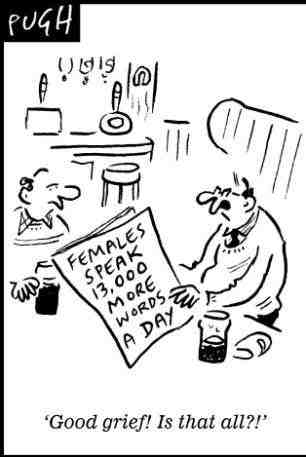 I was scrolling through an old conversation thread between myself and a male friend, (not reminiscing, I was simply looking for a specific info he had sent) and on the ichat, the colour was predominantly blue. Every self respected Iphone owner should know what this means, for the rest of you un-evolved people, it means that for every one phrase by him, I sent 3 average sized paragraphs. It is scary how many words I felt the need to use to express a simple Yes or No or maybe it is simply because I am so eloquent I simply couldn’t express myself as concisely and as rigidly as men do. True story!

Then I saw this article (no I really don’t read the daily bloody mail, it was sent to me because I can talk for ) and it got me thinking about the verbal differences between men and women

The other half always vocally denied, pride themselves in saying little and meaning even less, they grunt and nod and cough and scratch their balls and you’re supposed to have picked up a message from all of this primal behaviour they call communication.

Whereas us, superior female race, have a talent and a flair for communication, we say everything twice or thrice, using different terminology with different tones and body language; sometimes we’ll touch our hair, sometimes we’ll play with the pearl necklace around our necks and sometimes we shoot daggers through our eyes but somehow and unlike the male creatures, we don’t resort to touching or scratching our private parts, much to their (men) disappointment.

We have evidently mastered the art of communication, whereas our male counterparts remain primal and continue to generate muffled and dubious sounds including scratching sounds.
But they (m e n) describe our communication otherwise known as women talk as verbal manure and claim they can usually summarise women’s conversation from say an hour of verbal lexicon to a powerphrased “so he didn’t call” or “so what you really mean is that you’re not coming”.

It is not a deficiency in the universal verbal discourse we’re trying to fulfill, it is not because men are so emotionally retarded and verbally shackled that women have developed the need to talk so much or say so little in so many words, no, men talk just as much, I mean have you ever listened to sports show on the radio? Talk about talking all day without actually saying anything, or listened to my father yap about why we’re all apeut-pristes!

No, we’re yackers because we're emotionally more developed, more aware and yakking simply makes us feel good, apparently the simple act of talking triggers a flood of brain chemicals which give women a rush similar to that felt by heroin addicts when they get a high. I can’t testify to this statement; however I can absolutely confirm the good feeling experienced not so much from the fact of yakking but actually from the simple fact of expressing ones’ frustrations, views or emotions.

But without saying too little in so many words, I am going to cut to the chase, It is all a bit anecdotal, this is all down to social conditioning and gender differentiation since birth, so when a men talks a lot he has a point to make, when a woman does, she is yapping or yakking or whatever other word they invented for us.

So let me be concise for the good of all women out there….Men talk drivel all day, they just manage it in fewer and far less eloquent words.