This article is written as part of the DZBlogDay, the topic was set by the organisers and this is my contribution and opinion on the “The Algerian Web”. 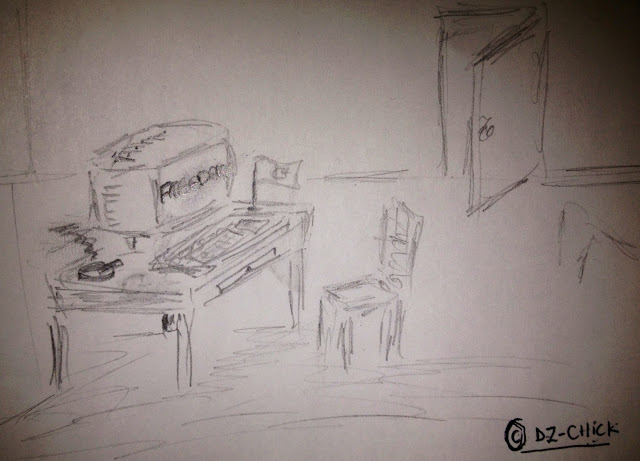 The Algerian loves the internet; he loves it to destruction, to infinity, to freedom, but not in the same way the Nigerian does.

Only the web gives the Algerian the freedom he so craves in his life, own land and country, he can be John, he can be, and a lot of the time is Maurice, he can be a doctor, he can be a rich business man, in love and ready to tie the knot, he can also be a troll and he makes the best of them.

Farid’s life consists of staying up until dawn, sleeping until noon, mingling with his homies and sharing a cup a coffee at the local café. Farid doesn’t have a job, he didn’t finish school and he has no prospects.
The first internet café opened in town, it’s dark, it smells of stale tobacco and a pungent faint body odour, the air is heavy with illegitimacy and shifty looks, all PCs are in use, young men hunched over their keyboards chatting to their Scandinavian blondes promising them eternal love and undying loyalty.
Upon connection, Farid transforms into a successful business man, he runs a prêt-a-porter shop for women in town. He is tall and handsome and believes it, as long as he’s connected. He lives his DZ avatar life to the full.

There are others, who aren’t attempting the love-to-escape route, who find comfort in hacking facebook and hotmail accounts and playing pranks on other web-loved-up candidates, 5 out of 24 hours can be spent tormenting a poor hopeful from Setif, impersonating a girl from Annaba who is cute, shy but interested, the other 19 hours are spent on the dismal not so virtual life.

Others, on a nobler quest are planning the Spring that never came, the big guys up in the watch towers have shut it down, facebook is blocked, a few YouTube revolutionaries arrested and the lovers miss their web-wives, the DZ web seemed pretty bleak until the smiling hacker Hamza Bendelladj  came along, some viewed it as a step-up, as feelings of pride and not so-discreet smirks appeared and defended it “there’s not such thing as bad publicity”.

But it wasn’t average Farid, Farid can’t hack worth a Dinar, he’s a sappy romantic who spends his living hours daydreaming about a life away from here or waiting to speak to his love interest, but sadly she’s 7 hours ahead and asleep.

In a world where, love is denied you, jobs are as scarce as teeth on a chicken, freedom is written not given, where rights are uttered not granted, where liberties are infringed, where visas are refused and the ships are guarded, there is no where to run and nothing to do but to become a Dz Avatar and dream of greener pastures and a better life and a blonde wife, with a freedom of movement beyond el houma and money in the pocket and peace in the heart, of a greener country and cleaner street, of a place where you don’t have to bribe your way into a public toilet and buy people to do their already paid jobs.

But the Web giveth and the Government taketh away.