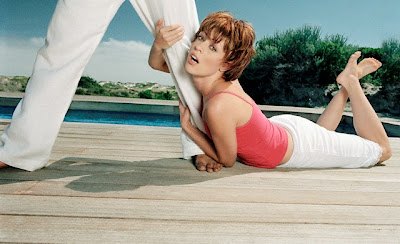 The saying “behind every great man, a greater woman” was only said to avoid feminists blowing hot and burning more bras. Let’s face it chicas, men are in control and we are merely hanging on, fighting our way through, trying to mark our way up to that famous glass ceiling remember?

Why do you think feminism came to exist? And just one more rhetorical question for you, mostly to avoid any protesting comments, why do you think there is no such thing as a Manism* movement?

In terms of relationships and romance, again I am afraid men tend to be in control, as much as you hear boys saying how it is always up to the woman, the last word is always hers, for a drink, dinner, sex, a date or marriage, she has the final say.

Don’t be fooled ladies, we all know most men get badgered into proposing to their girlfriends when they can’t take any more hinting or shoving towards the jewellery shop then she'd go and rave about how it was so impromptu and how she had no idea it was going to happen…gush gush bloody gush.
BUT…If he decided not to pop the question or ask you out for that drink or dinner, what can you do? Take the step? And if you had the guts to do it, what if he said “euu sorry I am kind of busy” and thought “slut”, do you think you are that thick skinned you can take rejection the same way men do? I think NOT.

So past the first drink/date, in most cases, who do you think is really in charge? Apart from the very few cases, men usually hold the dice and are in control of when and what happens next.
Women are martyred at the hands of these fastidious players, players who become such because we allowed to be, because weak and desperate women allow them to be in charge of their emotions, decisions and of their lives.

Women who are so desperate to land a man, they’ll do practically anything, lower themselves to the gutter to have a date, change everything they could about themselves and their lives if they had to. If he likes blondes, she is blonde and if he prefers brunettes, she’ll turn brunette so fast he won’t have time to say “I am a prick”, she’ll lose weight, starts to like “The Simpsons”, supports Arsenal and Top Gear becomes her favourite TV show.

But what does this man do for you? He doesn’t go on a diet because you’re fat, he doesn’t change his style (life or otherwise) to please you, and he doesn’t pretend to be someone else or speak in a softer voice when around you.
Men are graced with that natural rough beauty where unshaven and unwashed is actually considered stylish, like the new Shoreditch style you can spot in and around east London with all the twat features walking around in their vintage old jumpers and dirty hair, calling it shabby chic, how about shitty chic?.

Other women who remain single after a certain age, but do not come to a resolution with their single status, become so resentful of it in fact, they become bitter and the worst thing is…they don’t even know it. They just give off this bad vibe that drives away men and repels friends.  Another kind of single ladies out there, have their criteria all wrong, they like a man because he’s nice to them. They don’t realise HE IS supposed to be nice to them.  These intelligent women with the MBA brains and abundant talent and wit, can be emotionally retarded, are reduced to liking a guy because? He is nice to them. It’s upsetting.

Love and Respect in your relationship is not an upgrade ladies, it’s a basic requirement. However, I understand that women became conditioned to receiving the not-so-nice treatment they had endured, experienced, and come to expect, which in itself is engendered through the psychotic, needy and stalking behaviours of these very women.

If you look around, your MBA brain will reel backwards at the number of beautiful, successful and outstanding women who behave like total desperadoes, chasing, stalking and begging not-so-special men who of course treat them with total disregard, disrespect and utter piss-take.

Ladies (you know who you are), as ever I don’t hold the answers, but what am I if I cannot point out a few of your blunders, here are 11 pointers for you…

1 - At the restaurant, order what you like not what he “thinks” you should have. If he suggests you have salad, then he thinks you’re fat.

2 - Don’t be so dull and agreeable. Have an opinion and express it, avoiding to use fuck or bugger.

3 - Smile, laugh, glow, don’t show your depressive side so quickly, let him bite the hook first, and then you can go crazy on his ass.

4 - Don’t compete with him. Men are pathetic creatures who are scared of competition especially from women. Don’t talk about your latest exploits and mountain climbing and solo travels, this will emasculate him. It’s too easy to do.

5 - Be elusive, keep some mystery (and your knickers) about you, don’t tell him everything including when you washed you hair or waxed your beaver. 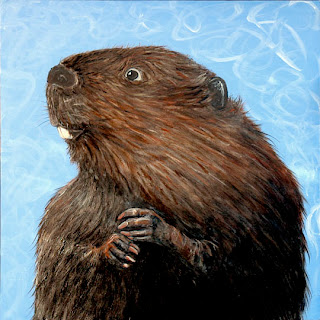 6 - Don’t encourage the sex conversation, he’s going to want it, if you yield, you are a whore, if you don’t you’re a tease.

7 - Do not mention age, marriage, children, nieces, nephews, family or a friend’s wedding, don’t tell him about your imposed time-line and how many kids you dream of having.

8 - Act confident but not overly so; do not fish for compliments and constant reassurances that he’s having a great time and for God’s sake, don’t ask him if he’s bored.

9 - Don’t over text, call or email, don’t leave a 5 mins voicemail and if he doesn’t call, don’t call his mate or his work. Because we all know that when men attempt bold gestures it's considered romantic, when you do it, it's considered desperate if not psycho.

10 - I always say just relax and be yourself but that obviously only applies if you’re a normal cool chick, if you are aware of your stalking capabilities, it is advisable not to be yourself.

11 - Don’t tell him how cool your name sounded with his surname, because you know you’re tried it, you’ve scribbled it on your notepad and said it aloud to see what it sounded like.

The list goes on, but I can’t be bothered to finish it, you’ll have to content yourself with the 11 “words” of Dz-Chick wisdom, cast in the fiery chasms of her mind.

But know this, with all the advice you can get, all the power, beauty, intellect and strength you can muster, men remain in charge not because they are stronger, more powerful or more intelligent but simply because women allow them to be, they (women) yield to their demands and control because most women are hardwired to depend on men for support and protection for them and their children and men are hardwired to do all they can to make sure that any children born to them are actually theirs.
It is that basic, evolutionary and it is all about their manhood.

To put it simply; men will always attempt to control women and women will almost always submit to that control. So yes it is up to him to text, call you back, ask you to marry him, perhaps the only thing a woman is in charge of is putting out or to put it more graciously; consenting to sex, even if this control can be taken away from her when a man decides to claim back control.

Men may be in charge of this world, successful, powerful and hold the dice but like someone once said “women may never be as powerful as men because they have no wives to advise them”