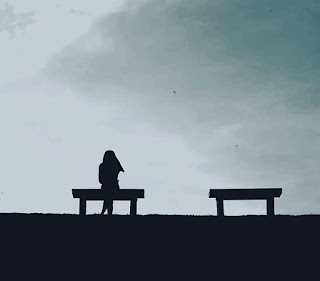 Since when has it become socially acceptable to respond to someone's message with a like, a mere double tab and that's it, the end of the conversation, an unceremonious "like".

As I was going through the list of friends I have to call for a proper catch-up, I realised it wasn't always like this and no, it's not because of the lockdowns, but I fear the main cultprit is social media.

For as much as it steals away precious hours as we mind-numbingly scroll through reels and esthetyically over-touched-up pictures, it also buys us time...time to call a friend, to have a proper VOICE conversation, where you actually hear your friends' laughter and feel.that sense of famliarity as you recognise it, half expect it even but instead we're reduced to merely recognising their favourite laugh acronym. Mine is Lolz. Can't remember my bestie's...

So every time you double tab on your mate's picture, It extends the length of time before you two have to REALLY catch up, then you don't...until your friend posts a picture of her, pregnant! And you double tab and post a "shocked" emoji and that's it! You may go as far as comment 'OMG congrats, must catch up ASAP ' to which she'll reply 'defo'. 4 months later, no one called the other, you wonder if the baby wad born yet! Oh well you can just check out her Instagram for an update, no one can be bothered to message or call...it's not important. What is important is the number of likes and comments...Well you did contribute with a like to her post, she's up to 200! She's popular!

Wonder if you're still friends! OMG it's high school all over again! We're already socially distant, social media adds an extra layer and we find ourselves isolated more than ever before.

Pull your finger out and use the same nunber of taps to press "call" instead of "like". I miss my friends, miss hanging out, eating out in some little place one of us has discovered and wanted us to explore, laughing out loud like hyenas and actually recognise that crazy laugh!