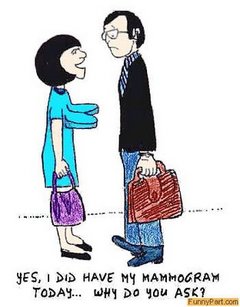 I am hereby advocating self-fondling, self-exploration as it proved useful to me when one night when I was having a whale of time with myself, I found a lump in my beautiful, gravity defying left breast, and which later turned out to be cancer.


Don’t panic I said to myself, I promptly had it removed and followed it up with a month of radiation and a trip to Chernobyl as a top-up! you know, better be safe than sorry.
I tell you that place is still highly contaminated but it was a fun trip! Here’s a picture!

The good news is that my doctor said that radiotherapy will effectively freeze my boob in time as it were, my left boob will forever be young and upright when I am in my 70s and my other boob is in my sock. Win some, lose some!


To start the radiation, they give you some tattoos (just dots, barely visible to non-boyfriends) and they ask you to not lose weight or maintain your weight so that the beams are targeted and accurate, obviously for me, all I heard was don’t lose weight and I ate like I was dying in three months!


So when later on I didn't die, I was like...fuck!
I may well be the only cancer patient who put on weight during treatment. Is there like a trophy for that? 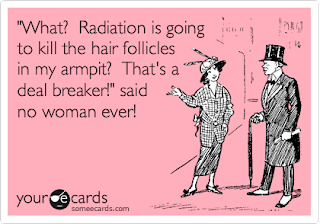 It was an ordeal yes but I think it was less traumatising than some of the things people said or did to me over the years, as I sat there contemplating my life and my limited possibilities, I realised I was far more equipped to deal with cancer than with people in general. At least Cancer doesn’t talk back!

Anywho! Now I am fine and in remission for the next five years, waiting to see if Corona doesn’t take me instead.