Where is evolution when you need it? 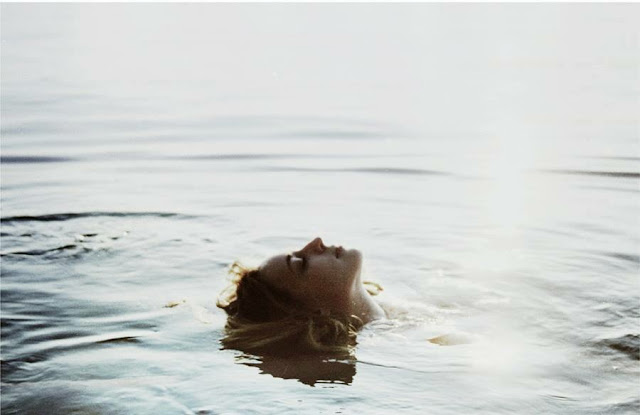 I know I have been absent for a while, i thought it's been a while since I ranted about something, I have been too happy lately with the Bouteflika being president again and all, I just couldn't bring myself to bare my usual cynical self, but desperate times etc...just read it you'll have a better idea of what I (and I am pretty sure a number of women out there) are so ticked off about, it all goes back to the basics.

Apparently an average woman gets her period 500 times in her lifetime! Why?? Why!!!! A torture resulting in a staggering number of cramps, headaches, werewolf transformation followed by devouring of all life and chocolates within one mile radius, a colossal number of tampons, paracetamol, chocolates consumed and 0 babies produced.

To think that of all things in your life, your period is the only consistent thing, is tragic, unless you add weight gain…that’s usually another consistency!

Since the day you became a woman, imagine that! At the age of 12 if not earlier (when you start blossoming and rotting at the same time). The worst is when you get it in the middle of the night and you don’t know what’s happening, you make so much noise in the bathroom trying to work it out or hide it, you end up being discovered by your father. Nice!

Bad enough you’ve been trying to hide the little peanuts you had for breasts through endless PE classes and summer dresses, bad enough you were the first one to have it in all your year and so the only one to fast Ramadan when all your girlfriends ate right in front of you.
Then you put up with the cramps, the excruciating cramps and the vomiting (you vomit more when you're younger before you developed that extra-terresterial threshold to pain) and the endless bleeding and the logistics that go with, you don’t know quite how to deal with it, what to use, garlic concoctions and parsley tea and what nots! Mothers (back then) weren’t exactly forthcoming with info and tampons as you all know, are for sluts!
Now, you’re older (yes you are) and you’ve had your share of periods and cramps, just when you think it’s getting easy, you realise it doesn’t. Ever. Get. Easy...

Because your period has a will of its own, it comes at the most inconvenient of times (expect during Ramadan where you have to beg it to come, then it lasts 2 mins) with cramps so bad even elephant tranquiliser won’t help. On your birthday, valentine’s day, on a date or when you have a looming holiday that requires you to be period free like say a diving holiday, you might take the pill (continuously) to make it stop and you’re all smug about it, only to hit you on the day you least expect it and of course with no painkillers or tampons because you were too smug to pack them in the first place! Then after 3 days of horrid bleeding and a mixture of head, breast and stomach pain mixed with nausea, anger, frustration, unexplained horniness and unbelievable cravings, it STOPS. You start waving the flag of victory otherwise known as the lace thong, then, just then; your ovaries are like “haha just kidding with ya”, so you continue to suffer, Japanese flags for bed sheets, white jeans are out for many reasons since the 1980s but mostly it’s related to that big stain you had all day on your butt and no one told you about. You don't know what to wear anymore, social dilemmas and general discomfort usually accompany the all-encompassing ordeal.

You find yourself asking the male cashier for tampons and those super hard-core extra strength period tablets, the ones you saw on that TV ad where they wish you to have a “Happy period” yeah I’ll do that right after I cure cancer bitch!

Swimming is out of order unless you want to re-enact a scene from Jaws. You will no doubt have you period on the hottest day of the whole world of this whole century, coupled with some menstrual hot flushes, so naturally you can’t swim, you'll just sit there feeling BURGH and smelling of gunpowder.

Then comes man; and his two hanging glands his whole female clan covets with reverence like the world’s balance hung on them, a pair of externally hanging glands that are so fragile you wonder how important our lives are if they really depended on them, nobody covets your ovaries!! You hear him screech from getting hit in the balls and how much it HURTS, well try having a vagina that bleeds painfully every 28 days for the next 43 years then to talk to us about pain.

Of course when you say that, you’ll get the ever infuriating response: “are you on your period or something?”, “aww is it PMS?”, “you’re very emotional at the moment, is it those bad hormones again?” ...There! We taught them about two things called hormones and PMS and now they’re using them against us. They didn’t even know the word hormone before we started yakking about it to them in the operation covert "Emancipation of the Ape" . Because when you’re trying to teach them about it and say things like “oh darling, I think my pms is playing with my head today”, he’ll say something like “I reckon that started a couple of days ago Dear”!!

Ok it’s true, you might turn into a witch (not without reason), you even have the massive zits to go with, your hormones take over and they envelope you in a fog of sensitivity, pain and agitation you can’t think straight and you become the embodiment of La bitch (ok maybe just me)! I reckon Eve was on PMS when Adam had to just pick that apple to make get her off his back, or Marie-Antoinette, had she not been such a royal bitch, I reckon there wouldn’t have been a revolution and what about Helen, had she had paracetamol there would have been no Trojan war! And if it wasn’t for PMS I wouldn’t have been talking shit to you for the last hour (I am talking to the slow readers here).

Ironically the only thing that can healthily rid you of your period and its undesirable sister: the PMS; is pregnancy! Well ummmm ya! Point is Evolution should have kicked in and sorted this mess out.


Dz-chick….I’ll trade you one period for one kick in the balls!
PS:  I often fear that PMS is just a myth and this is actually just my personality! scary thought.