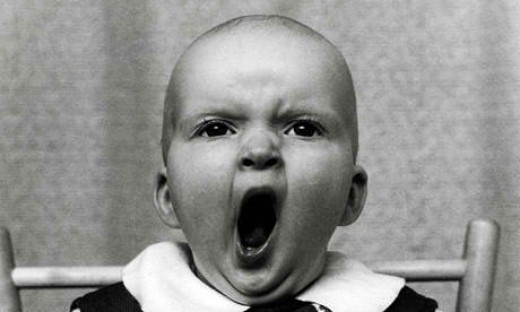 It was Samuel Johnson who once said “When a man is tired of London, he is tired of life” an outdated, Victorian (or whatever), mono-gender quote from this erudite man of letters who gave the English language its first dictionary. What does the average Londoner nowadays have in common with Samuel Johnson to use this as a life-long modus vivendi?  The man was probably filthy rich and he might have even had servants, you, don’t even have a hoover!! His London and your London aren’t exactly the same nor will they ever be, and no not even if you’re playing in a costume drama.
All this to get to the following statement whilst avoiding judgment: BORED of London!
London life has become increasingly predictable and monotonous, perhaps you peeked too soon, perhaps you are too old now and it doesn’t help when you’re being deafened by that ever-ticking proverbial biological clock, finding things mundane and unexciting, getting by on one’s low boredom threshold and very high amazement standards because not everything is “AMAZING”, feeling jaded, provoking change, waiting for a change…
Waking up in the morning; an achievement in its own, going through the same repetitive routine of brushing teeth, showering and choosing something to wear that is suitable for a work environment, one that your bastard boss wouldn’t comment on again, trying hopelessly to predict the weather so you can arm yourself with that polar jacket you bought on sale for that polar trip you think you’ll take one day, getting on the tube, standing under someone’s arm pit and someone who reads with his mouth open and understanding the need to brush ones teeth, supress gag reflex, breath through your scarf and realise you need to do a load of wash. Get to your desk all flustered and bothered cursing the choice of big coat after the barmy temperatures of the tube. Make coffee, read the daily 1000 emails, delete 2000. Smile at colleagues, laugh at bosses jokes and curse hypocrisy but rationalise it with one word: Bonus
Spend all your money and lunch break standing at Pret-a-manger, you choose the same delicious falafel warm wrap, you eat it standing up for a change whilst cursing the corporate machine, you have the same tasteless coffee and go back to slavery, there are emails waiting to be deleted.
Checking ever increasing overdraft on bank balance, never recalling where your money went despite all your best efforts to remember whilst looking up at the ceiling and frowning a little, nothing comes to mind! Nothing moves either; well at least you know the Botox worked.
Getting tired of fighting conformity, hating the fact you feel you are living on the outside because you chose to be different, but you’re not really living on the outside, unless you live on a tree, drink your own wee and shower with the full moon, then you are right in the middle, and you know it and hate yourself for it.
You watch friends and colleagues race each other to the coolest Bar right now or some stupid costume party or rather and think how far away you are from that. Always running to the west End like they had their umbilical cord cut and buried there, sometimes you find yourself standing in the cold for hours holding a drink you’ve been sipping since the first round and wonder what you’re doing there, pretending to be having fun and not freezing at all when you’d rather be on your sofa wrapped in a throw reading a good book and sipping a hot cup of tea, so you excuse yourself to go to the bathroom and never come back.
You go about your London life with the same tenacity and stamina you had in your early twenties and expect it to be somehow different, you feel in a race to have more fun, to discover more of its borrowed culture, to do more things, you exhaust yourself with “fun” yet you’re hardly amused.
Just because there is a new restaurant open in town doesn’t mean London is brand new, reinvented or bearable until the next opening of the next place to be.
Sometimes it’s better to acknowledge the change and deal with it rather than go on pretending you still cared what London had to offer and spend your time and money getting there, queuing outside it or schmoozing with its punters or checking-in on your facebook.
Sometimes it’s best to recognise that when you’re tired of London, you’re tired of London and it looks like the only possible plausible FUN solution to this dilemma is to end one’s London tenure, though I doubt the verity of this very solution or the desire to solve this problematic.
Dz-chick…a-future-ex-Londoner
Posted by Dz-Chick at 18:20:00