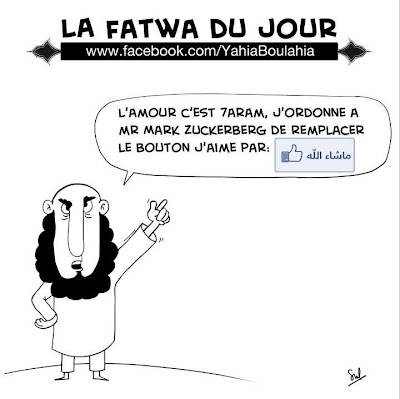 A few years ago, I went to visit a friend, she had 2 kids, I felt I needed to show some kind of interest, so I played with the little things, the boy laughed and giggled, the girl, still a lump of needy flesh only managed to squirm in her pram so I got away with saying “awww so cute, she really looks like a girl”, I paid attention to the kids and cursed my hypocrisy whilst she scrutinised me from behind the fridge, sometimes I caught her searching my face for any kind of feelings, feelings of jealousy, envy or something that would explain why I didn’t have kids or whether I envied her litter, or perhaps something that would make her feel better about herself?
I did my duty, said goodbye and was on my way, but later that same night I get a phone call from Yasmine informing me with panted breath that the kids have been quite poorly since I left. Shock horror. Are they sick? Do you want me to come? drive you to the hospital? What seems to be the problem? In my confused state, I tried to work out all the eventualities of what could be the cause of this but nothing; after all I am not a doctor, psychic or their mother.
Yasmine didn’t want any help; she just wanted to call me to inform me that since I left her kids, they have not stopped crying and paused for my answer, which was complete silence… confused,  I hung up the phone and texted her “Ps: Mashallah”
Mashallah, the new obsession of the year (which year?), the latest Wahabi import, the “Mashallah” that has to accompany every compliment, praise, every feeling and every expression. I don’t remember hearing it being used before, last year or a few years before that, maybe because I was younger or maybe because I don’t care enough about having children or carry enough envy to feel the compulsive need to say Mashallah at every little brat that moves in front of me, or every friend who has achieved something, or gotten engaged, married or went to Australia for a holiday.
You spot the Mashallahs everywhere on facebook, on texts, on people’s mouths, sometimes you spot someone from a distance gushing about someone else’s kid and you can almost feel the time to say the magic words* “Mashallah”. It feels like people feel compelled to say it or they’ll get blamed for everything that may or may not go wrong in the next year or two!  sometimes you forget to say it, sometimes you don’t feel the need to say it, maybe because you only said the kid was cute out of sheer politeness, still, people will think you’re envious or going to give them the evil eye (yeah), other times, you do say it and laugh at yourself because you think it’s such a geriatrics’ thing to say and nobody wants to sound like their grandmother, a pious thing to do and everybody knows that being religious is not über cool.
It’s not über cool to sound so religious, to say such words in Arabic, after all we’re Algerians and we have complexes to uphold, and there is no French word for Mashallah or Lahybarek, so we refrain from saying it, it ruins our image, I mean if you say Mashallah, you may as well wear the Hidjab. Hello!!!
And more often than not, when you do say it, the recipient of the Mashallah doesn’t seem to believe you mean it, so you catch them reciting in their hearts, you can see them concentrating on something, their little eyes fluttering and mouths moving like a slow reader moving his lips as he reads to himself, they recite prayers trying to build an invisible protective shield around them so you don’t touch them with your clearly evil compliment that will bring destruction…what else!
Others say it out of sheer convention, others expect it out of convention and because some people always have something nice to say to others, everybody else does and it can’t hurt to say a little Mashallah, it pleases the recipient and it clears you from any blame, everybody wins and it’s always nice to be nice. So I am going to give myself a Mashallah for getting to this conclusion, God knows we all need a little protection.
Dz-chick…combatting convention since 1985!
----------------
*it’s actually 3 words
Posted by Dz-Chick at 19:33:00